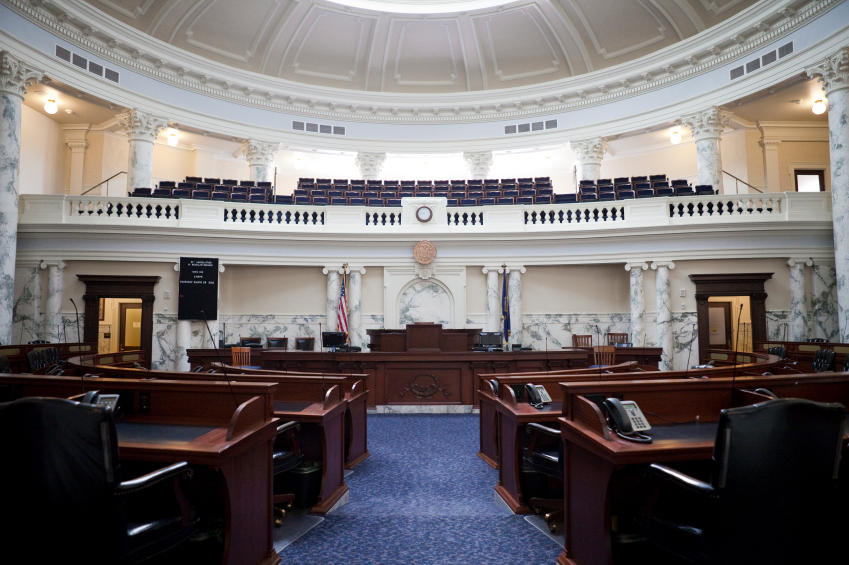 Members of the Fire Equipment Manufacturers’ Association (FEMA) formed the Government Relations Committee (GRC) in 2003 to address legislative and regulatory issues relating to portable fire extinguishers, pre-engineered systems and other fire protection products. The Committee—comprised of representatives from Amerex Corporation, Brooks Equipment Co. and Buckeye Fire Equipment —aims to educate officials and legislators about the importance of comprehensive fire safety policies. By monitoring state fire code adoptions, as well as legislative and regulatory proposals at the state and federal levels, the GRC is able to engage in the conversation, providing both the industry’s point of view and technical expertise in the debate.

The regulatory system relating to our products is very complex. Two national organizations—International Code Council and National Fire Protection Association —develop model fire and building codes that are then adopted by various government units (state, county and municipal). These units regularly modify the model codes, requiring close monitoring of those adoption processes. Federal agencies also utilize these model codes and create their own regulations for federal facilities, including GSA, DoD, and the Postal Service. In addition, federal, state and local legislative bodies occasionally introduce legislation applicable to our members; these may be licensing regulations or other specific laws to address a perceived issue.

The GRC monitors all of these activities and engages when necessary to provide information, education and, in general, industry expertise to the conversation. The FEMA GRC has worked closely with states, the federal government, and the writers of national model fire codes to support layered fire protection specifications that require fire extinguishers in occupancies, including those equipped with quick response fire sprinklers.

Through the FEMA GRC’s advocacy efforts, as states adopted new statewide fire codes, more than 20 states adopted amended versions of the 2006 and 2009 International Fire Code (IFC) to ensure that portable fire extinguishers were being installed throughout most buildings regardless of the presence of sprinklers.

After considering a proposal from the National Association of State Fire Marshals (NASFM), with the FEMA GRC’s support, the International Code Council (ICC) governmental members voted to reinstate the requirement for portable fire extinguishers in A, B, and E occupancies, including those with quick response sprinklers installed, in the 2012 code. NASFM, and other supporters of the exception’s removal, rightly argued that exempting occupancies from fire extinguisher requirements can leave those buildings without a proper firefighting tool for small, controllable fires. The ICC agreed with this rationale and did not insert the exception in the last three versions (2012, 2015 and 2018) of the IFC.

Almost every state fire code in the country now requires portable fire extinguishers without regard to whether a building is sprinklered or not. The GRC continues to advocate at the state and local levels to ensure that states maintain the national model code language as they continually update their fire codes.

In 2017, fire equipment distributors notified FEMA that at least two Air Force bases were removing portable fire extinguishers due to a change in the Unified Facilities Criteria (UFC), which controls building and fire codes in United States military installations worldwide.

Upon learning of this, the FEMA GRC engaged in extensive efforts with the Department of Defense (DoD) and congressional stakeholders to develop and execute a strategy that will ensure the safety of military installations. Following three years of advocacy, the FEMA GRC secured statutory language in the Fiscal Year 2020 National Defense Authorization Act that requires the Secretary of Defense to ensure that portable fire extinguishers are installed and maintained in all Department of Defense facilities in accordance with the requirements of national model fire codes. The GRC remains committed to ensuring the safety of our service members, their families, and the civilian employees who live and work on U.S. military installations worldwide.

Read about our Advocacy efforts in our most recent GRC Newsletter.

The Government Relations Committee has been successful in several venues by forming coalitions of safety conscious individuals and organizations to bring credible arguments to legislators and regulatory agencies. They explain the need for a layered approach to safety, which includes basic fire protection features such as smoke alarms, carbon monoxide alarms, fire extinguishers and fire resistive construction, along with engineered and pre-engineered systems, such as sprinkler systems and kitchen hood systems. Redundancy has long been a staple of fire and life safety, and this Committee’s actions support and reinforce that principal.

Download our fact sheet Portable Fire Extinguishers are Effective, Easy to Use, Safe and Cost Efficient